It's that time of year again

I always get slightly hysterical a bit stressed at this time of year. American schools finish for the summer at the end of May or beginning of June (yes, I know) so the end-of-year stuff is starting to appear on the schedule.

It's busy for me personally because I have a huge sponsored walk for my school in Ghana in early May, swiftly followed by organizing the world's largest jumble/garage sale at school. (No kidding - it takes two whole days and an army of volunteers to set up, we fill three gyms with "stuff" and the sale goes on for two whole days, at the end of which, I am physically drained.)

This year we also have the Man-Child's graduation, which is an event-filled um, event (several parties, ceremonies, official photos etc) with extended family members flying in and needing beds. The Little Guy is moving into middle school (years 7,8,& 9) so there are mini-graduation things for him too, including a dubbing ceremony 'cause they've been studying the Middle Ages. All very sweet.

And then there's getting the ex-Queenager back from Europe in one piece and with all of her belongings. We are attempting to fly her and grandma over the Atlantic on the same flight using air miles; it'll be a bloody miracle if it happens as they're not starting off in the same country. Oh well...

Meanwhile this week, I organized a bake sale (how American) at school for the Ghana school, and as a bit of PR for the sponsored walk. Guess how much we raised? Go on.

From selling little cakes and cookies (mostly for 50 cents) to school kids most of whose mothers had actually baked and donated the stuff in the first place! Admittedly quite a few parents handed me a $5 or $10 bill and told me to keep the change as a donation, so I didn't actually sell $600 worth of 50 cent items, but still. (That would have been 1200 cakes if I'm not mistaken.) 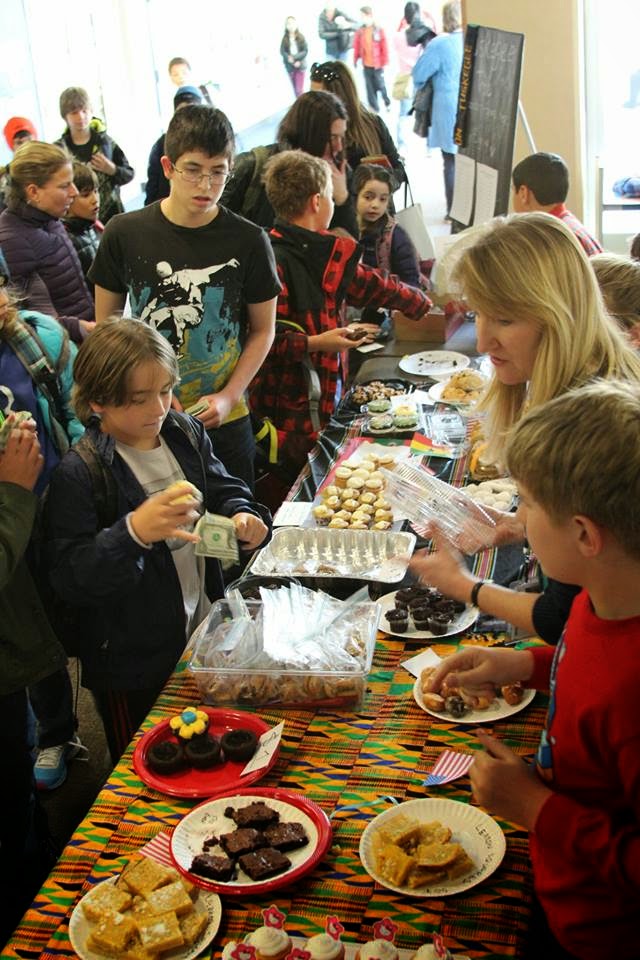