Been a long time since the r... repatriation. (For those who thought I was introducing a little Led Zeppelin, my apologies. Gaze at Robert Plant for a while instead.) 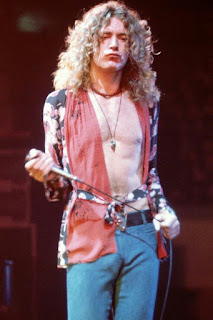 Meanwhile, I've been back in the UK for FOUR YEARS! A lots been going on since we got back, I can tell you.

Firstly, as I mentioned in my last post, I was asked to write a column for Anglotopia, which I'm still doing. At first we called it The Repat Report, but once the repatriation shock had worn off, it morphed into A Brit Back Home. I still write about things I notice in the UK, although since I haven't been out much in the last century eighteen months, the posts haven't been quite as regular. There's only so much I can write about teeny British washing machines and toilets under the stairs!

Pre-pandemic, we (meaning me, the Ball & Chain, and the Little Guy - who is now 6'3" and done with high school) travelled quite a lot in Europe. Not that The Continent wasn't there when I left the UK in 1990, but there certainly wasn't as much 'popping to European capitals for the weekend' going on. In our first two years we managed Madrid, Berlin, Majorca, Amsterdam, Vienna and Krakov, while the not-so-Little Guy's school trips included Lisbon, Vienna, Barcelona and The Hague. And then of course, it all came screeching to a halt, which was particularly disappointing for LG as that meant his Model United Nations activities trailed off too.

On the writing front however, it's been as busy as ever. While keeping one eye on UK-US differences, my ever-present feminist voice got louder. No longer content with seething on the sidelines, I began writing at Medium and started work on a book.

And it's now OUT! In collaboration with Jen and Susanna at BritMums, we've produced a book for every woman who's ever been left speechless by sexism. Called

"How To Stand Up To Sexism; Words for when enough is enough",

it does what it says on the tin. You can read more about it here, along with the fabulous pre-launch reviews and various purchase options. 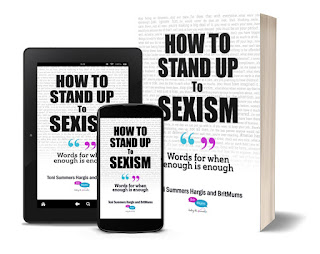 We're very proud of it and pleased with the reception it's getting. Our thanks to fellow old-school BritMums bloggers Mari and Nickie. for their support.