I seem to have the commonest face in the history of the world. (By "common", I don't mean chav-type common, I mean something that a lot of people seem to share.)

Now that my hair is quite long, people keep thinking I'm this woman - 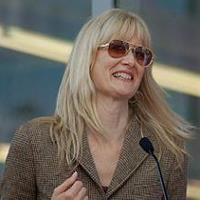 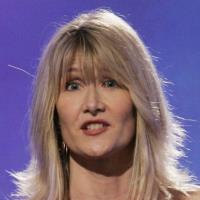 She's an actress called Laura Dern (Jurassic Park) who currently has a great show on HBO called "Enlightened". I'm not sure if it's because my hair is longer, or because she's on TV again, but literally everywhere I go...... . On a recent flight with the family, we got bumped up to first class (very small plane so no big deal). All of a sudden I sensed people closing in. Three crew members behind me and one leaning in with a smile, to be exact.

Crew member - "So - do people ever tell you you look like someone or are you her?"
Me - "I look like someone".
Audible sigh from behind me.
Crew Member - (Looking at colleagues). "It's not her."

And the Fed Ex woman nearly had a coronary when I walked in there yesterday. Talk about making a scene.

Now that we're in the run up to the Eurovision Song Contest and Bonnie Tyler has been resurrected to represent La Royaume Uni, it's happening again. Now, I have to say she's quite a bit older than me, but back in the 80's when she was all the rage with "It's a Heartache" and "Total Eclipse of the Heart", we had the same ma-hoosive hair, defined cheekbones (make-up), dangly ear-rings and smokey eyes. Like this - 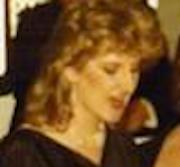 Bit blurred, but you get the picture? My friends in the UK are telling me that I look nothing like her these days, which is good because the reports aren't thrilling. Phrases like "a lot of work" and "face like a bag of hammers" have been tossed around.....