Happy New Year to everyone!

Haven't blogged here for a while and was wondering whether to leave it and move on. But I can't. It'd be like leaving one of my children by the side of the road. Come to think of it, I've been more tempted to do that on several occasions. (Mother of the Year award recipient, once again.) 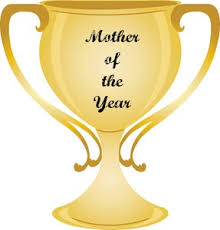 I'm currently writing more at my column on the Anglotopia web site. Initially it was called The Repat Report, but since I've now been back in the UK for about 18 months (Yikes - time flies), it's called A Brit Back Home, and you can catch up with it here.

I've been chatting about things I've noticed that are different about the UK since I moved away in 1990. A lot, considering there wasn't even t'Internet then! Ye Olde Days.

But it's the little things that seem to get conversations going - like the latest post about printed duvets, and whether sheets or duvet covers are the way to go. Who knew that topic would be so polarizing?